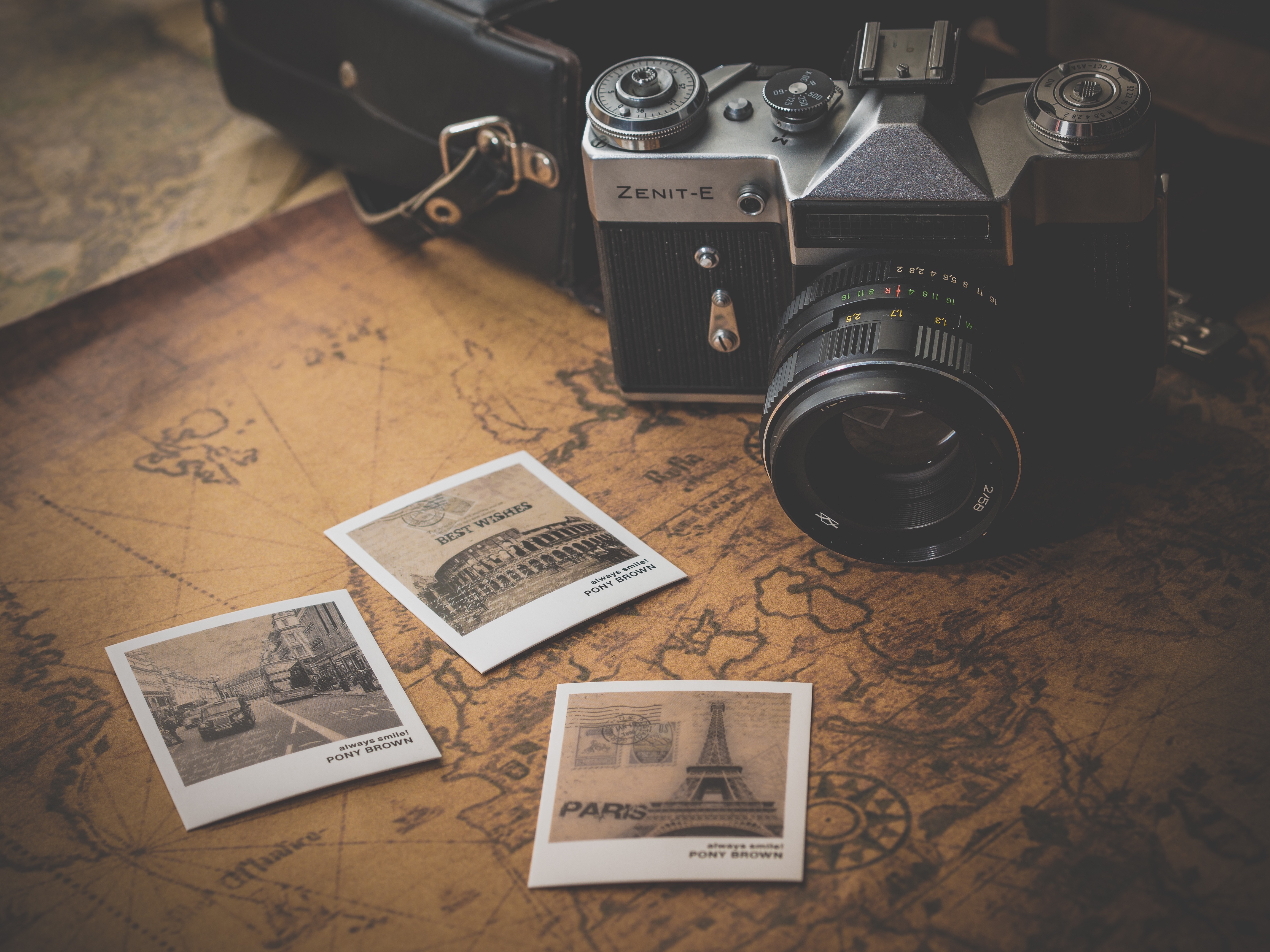 I am always up for a bit of adventure.

I think it comes from my childhood. I travelled extensively with my parents. I found myself in cities where I didn’t speak the language, sometimes without an adult. (My sister and I once got diverted to Rome when Paris was fogged in. I was 14 or so at the time. I had a great time! My parents, not so much.)

I spent summers in Greece, Yugoslavia and the French Riviera. New Year’s overlooking the Ponte Vecchio. All places Italy. Prague, complete with Russians (I’m dating myself).

At six, I was eating at Taillevent and shopping for grapes at Harrod’s. Christmas in a myriad of other countries and cultures. London with friends. This was my normal.

Travel was comprised of happy times, even when family times were not. So I think it’s natural for me to equate a bit of adventure with happiness. Though sometimes I think I may have taken this adventure theme a bit too far.

After my divorce (many years ago), I found myself lying in bed with pneumonia.  My ex had run off with his nurse; the dog had died; I hated my job; I hated where I lived.

But I had learned to fly (another set of adventure stories) and I loved my sailplane. So I decided to take a sabbatical and fly my sailplane across the country. It was a totally outrageous, self absorbed aviation themed adventure. It was a great way to distract myself from the heartbreak of divorce. 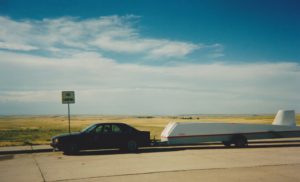 The picture to the right is of my “Black Beauty” a stunning (for her time) BMW 535i 5 speed and my sailplane in her custom fitted trailer.

Of course driving with this massive trailer was something else. Backing up still eluded me. (Ask the car I side swiped in Aspen!) But from Pennsylvania through the Midwest; from Boulder and Aspen to Heber and Truckee, I soared, literally and figuratively.

I had my plane in the show at Oshkosh. I flew an ultralight with pontoons and helicoptered over the Badlands. Motor glided in Aspen. Aviation Hog Heaven!

I hadn’t intended to become a pilot but soaring captured my soul immediately.

It started when I took a chance glider ride in Calistoga, CA. I returned home to Pennsylvania where I learned about a group of World War II era pilots that flew every weekend. I invited myself out over Labor Day of 1991, and that was it. I flew for three straight days and I was hooked.

From there I soloed; flew a 1-26 and then decided to fly with a club further south. They owned their own airport. To fly with them,  I needed my own plane. And I needed a sleek fiberglass ship. So I bought this incredible plane, and I had no idea how to fly it– yet. (Another series of stories).

Most people are unaware of this amazing sport. Here’s a glimpse of soaring through one video. It’s all this and so much more:

Barron Hilton, pilot, soaring enthusiast and son of Conrad Hilton founder of Hilton Hotels, once sponsored an international competition that culminated in a week of flying from his ranch in northern Nevada, described soaring as follows:

For thousands of years, man could only dream of soaring like an eagle, gliding effortlessly with the wind…Through a careful blend of high-tech aircraft design and instinctive pilot skill, man is able to capture the sensation known only to the birds of the hair. Managing invisible updrafts of air to gain altitude.  Gliding at high speed in a gradual descent for hundreds of miles. All in a plane without an engine. A craft fueled only by the mind of the pilot.

A craft fueled only by the mind of the pilot.

Soaring, for many years, was my heart and my soul. It’s an aerial metaphor for life. What goes up, comes down. Speed up in sinking air; slow down in lift.

Each flight is entered into your logbook where you are “Pilot In Command”. I was totally alive in the air.

As in life, control can be an illusion. In the sky, human skill, preparation and ability meet the sky gods of weather and chance. It’s an incredible dance! Rising up to cloud base, screaming across the desert landscape, following the mountain spines for lift and navigation. I always think of the song “Superman” and the lyrics:

I can’t stand to fly

I’m not that naive

With clouds between their knees

Except that I did.

Ride with clouds between my knees.

This trip I am about to take this time, #CancerRoadTrip, is without Whiskey Oscar.  She now lives in Hemet, with an

aviation aficionado that gives her the love she deserves.

This trip, will be by commercial plane and car. And whatever else comes along. Undoubtedly more mundane than riding with the clouds between my knees. Unless of course I get to New Zealand. Because then I will soar Mt. Cook.

First stop: Hawaii.  I need to get my health back and keep my cancer at bay. I have to figure out my life again, with my 60th birthday rapidly approaching and uncertainty on every level stretching before me. 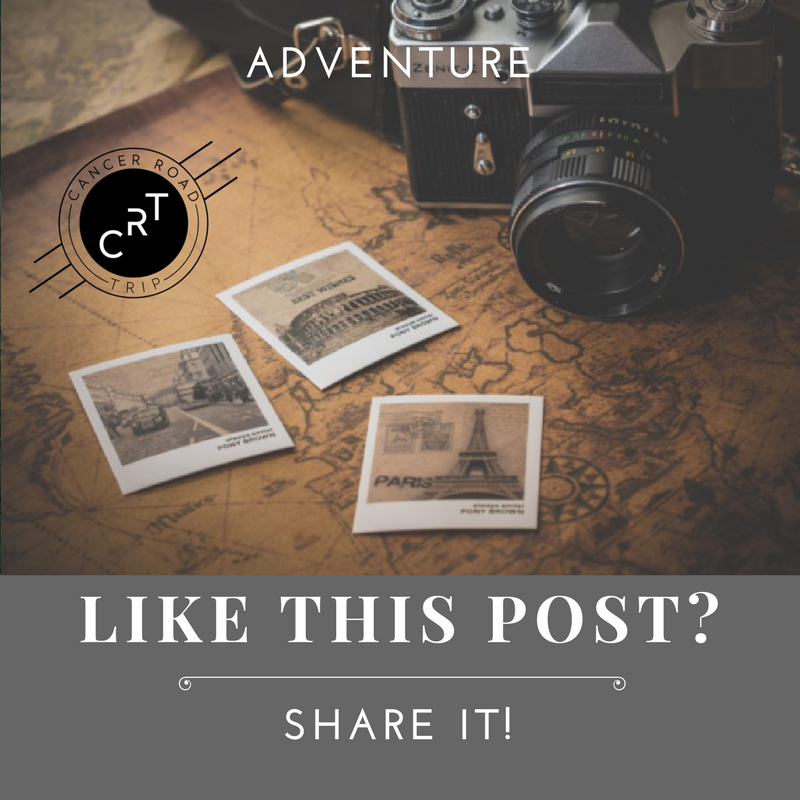