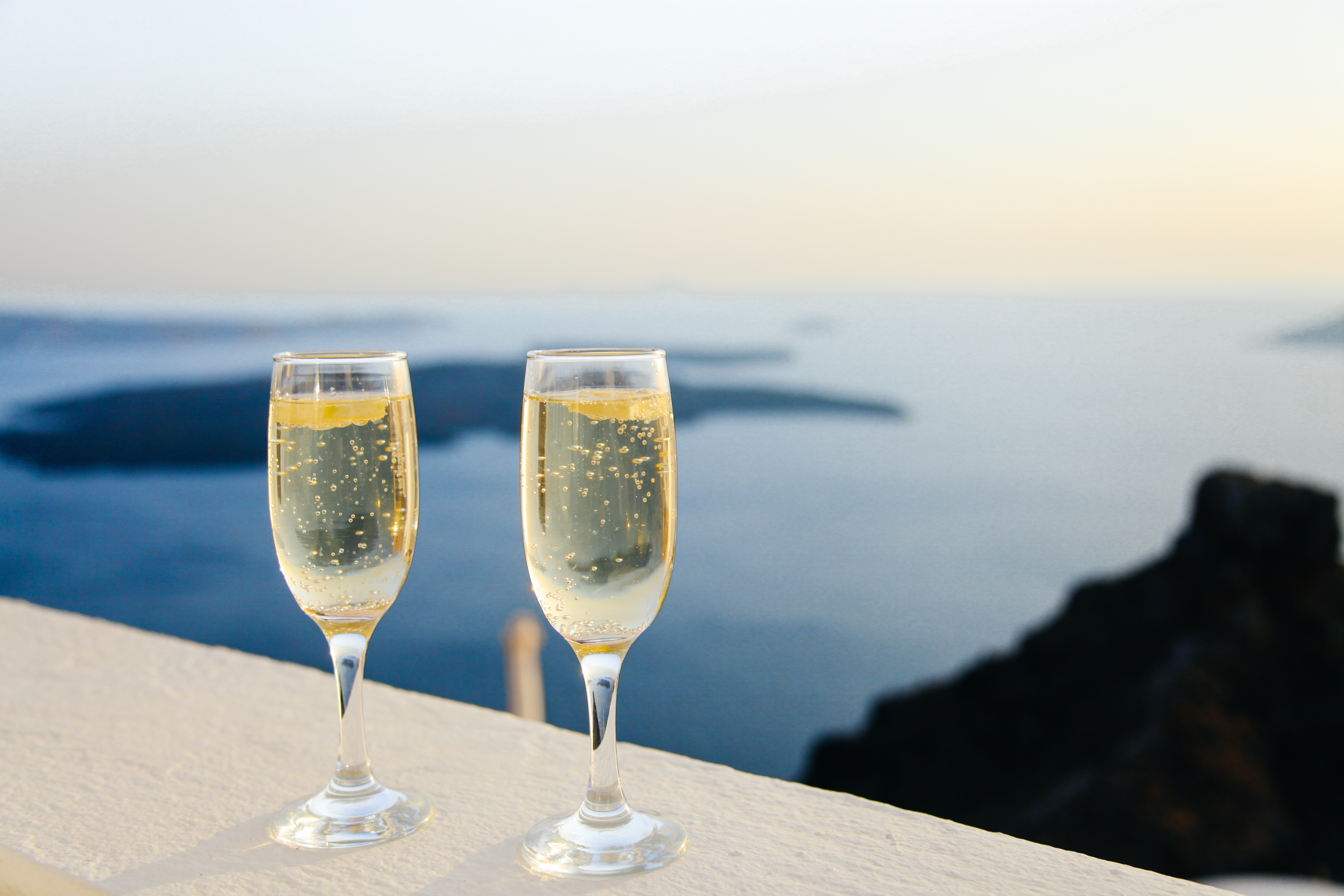 Cold steel for a quick heal, the surgeons say. Except that those who wield the scalpel never seem to face the scars they inflict.

Those days were black. Michael would call periodically, depressed. He had moved into a horrid little apartment and then tore off the front door in a fit of rage . His parents kept asking what I was doing to their son. The truth is, I never saw him. He had dropped out of my life when he ran off with the nurse. They never accepted that he was doing this to himself.

All that I heard of my husband, this man who had been my companion for fifteen years, were rumors and late night phone calls with rambling thick talks of insurance polices and money. His depression was unbearable. The simple act of speaking with him placed a heavy drain on my heart. I felt as if his words could pull the very breath from my soul. I hate you. I  need you. You ruined my life.

I was speaking to a bottomless psychic pit, a black hole that beckoned me down with it. I felt as if I were pushed and pulled into his enormously dangerous swirling whirlwind of human emotional debris, and if I did not extricate myself form this downward spiral of events, I would die, battered by some senseless piece of refuse swirling in the murk. I had to get out. I had to pull myself away.

I called Eva, my lycra and big haired Czech friend from Connecticut,  who was now living in California. “Can I come visit?”

I stayed a week, a week during which I poured my heart out. I simply cannot comprehend these bizarre events. I am beside myself and I can see that my constant ravings are a bit tedious for those who must listen. I fear I will wear out my welcome. I need space. I need to wander and be alone. I excuse myself and head to San Francisco.

The weather was beautiful. North of the city, I drove to Sonoma. I sampled wine as I traveled the road, not knowing where it might take me. The climate; the unending rows of vines, staked and laden with fruit; the hills; and the flowers all seemed comforting and impossibly light compared to my life in the east.

I could relocate to San Franscisco, I thought. And come up here on weekends. I stopped for lunch and soaked in the possibilities and the sunshine as I continued my trek through the valley.

In Calistoga I stopped for the evening. That night I wandered through town, stopping to eat at a place where I shared some space at the bar with an owner of a local vineyard. We talked about wine, about the valley, about the food. It was a pleasant and innocuous conversation, and I went to bed that night, well satiated from a combination of a good dinner and distance from my life.

At the eastern edge of Calistoga, before the vineyards take over the landscape, there is an airstrip. Glider Rides, the sign says. Something about the idea of a glider ride was appealing this California morning. I approached the desk.

“What’s involved in getting ride?” I asked.

Ten thirty or eleven. I want to get moving, back to San Francisco. But some indefinable sense that I had to do this held me there.

I put my name the top of the passenger list, and set off to explore the town and the mud baths until it is time to fly.

I returned around eleven am. A quiet bustle, a discreet hum of activity hangs in the air. Someone fusses with the cowling of an engine; someone else takes the  canopy cover off a glider and removes the ropes that hold the wings to the round. He calls for help and together the two men push the engineless plane towards me, over to the flight line.

I am introduced to my pilot and the engineless plane that will take me aloft. 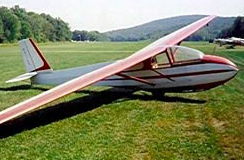 I ask no questions. I feel no fear. I climb into the front seat of the glider and fasten my seat belts.

The pilot, an older gentleman, settles himself into the seat directly behind me. I hear the sound of his seat belts linking, metal clasp against metal hook, and the turning of dials and the beeping of instruments as they come alive.

“Ready?” asks the voice behind me.

I am ready.  I look up and see the big bubble canopy come down over my head. It latches into place. I sit sealed in my seat in the front of the plane, and I wait.

Through the canopy I hear the sputtering sound of a motor, and a big red and white plane taxies out onto the strip front of us. The propeller whirls, dust billows up, and a young man runs up to the nose of the glider with a long yellow rope in his hand. I see his free hand open and close in some sort of silent signal, and he runs away.

In front of me,  the big red and white tow plane positions itself in place on the runway. Its engine is roaring and dust and dirt spills into the air behind it. The yellow tow line that connects the two planes becomes taunt as the red and white beast inches forward.

Someone lifts a wing off the ground, leveling the sailplane.

“Here we go”, warns the voice from behind.  The rope gives the glider a tug, and all at once we are bumping over the ground, hurtling down the runway in the dust behind the big red and white airplane.

At first it seems awkward and somewhat out of control. The stick maneuvers left and right, and I sense the concentration of the pilot in back. We hurtle forward, faster, faster, faster. The bumping over the ground grinds into a steady hum , and then it smooths. We are skimming over the ground, being pulled mercilessly forward behind the big roaring red and white beast in front. The ground rushes by, perilously close, and then, all of a sudden, the tow plane breaks with the ground. We are flying.

The plane in front of me points its nose upwards and we follow, banking to the left in tandem, the two aircraft rise through the air in perfect formation.

I look out over acres and acres of vineyards. Tall hillsides form the bounds of the valley where rows of staked grapes 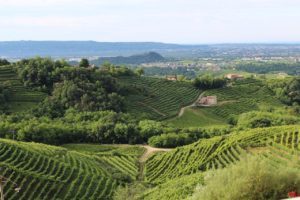 stand neatly aligned beneath the beautiful blue California skies. I am quite lost in the perfection of the scene below when a sudden bang brings me back to the situation at hand.

What was that noise?  Images of falling from the sky hit the pit of my stomach and I grab hold of the glider’s sides.

Laughter erupts from the seat behind me.

“It’s ok. I just released the tow rope. Look, we’re flying on our own.”

And so we were. I peeked out from the confines of my seat. The tow plane had disappeared and silently, effortlessly we were soaring. The sensation of flying like this was so strange, so unlike anything I had ever experienced before. All at once it was peaceful, gentle, and thrilling.

“Is this safe?” I inquire, a bit belatedly, from my passenger’s seat.

“Haven’t had an accident yet,” says the voice in the back. “And I’ve been flying thirty years. This is a great place to fly. I come down every summer. Come on, let’s go explore.”

The plane banks steeply on its side and circles like a bird. I lean into the turn and look out the long wing, to the earth. It looks as if I could just slide down the wing and fall to the ground. But we don’t fall, we rise.

‘We’re in lift,” says the pilot. “Lets see if we can climb up a bit.” And we stay in our tight little circle, going around and around. There the plane evens out and we are flying straight ahead.

“Want to stall it?” asks the pilot hopefully.

“No, no!”  I answer, my aerial confidence still that of a fledging.

“It’s too early to get too high. The ground doesn’t heat up enough to produce good lift for another hour or two. But we can fly around the valley. Where would you like to go?”

“Over to those hills,” I point westward and the plane heads to the mountains. From my birds eye view, I spy mansions and pools, roadways and forest, valleys and hills. We swoop and we swirl in the air, surveying the earth from our aerial perch. It is so expansive, so beautiful. There is an inmate sense of proportion to the roll of the land viewed from half way into the sky. In my silence I am stunned by the magnitude of the experience.

“Time’s almost up. We’ll have to head back,” the voice interrupts my reverie.

We turn back towards the airport. As the plane descends everything looms larger. The perfect rows of vineyards start to weave a bit, the ever green from above, a bit less even as we get closer. The cultivated ground comes closer as the nose of the glider points to the earth, and  I watch as my perspective vanishes. All I see is the dusty landing strip rising up to meet me.  Just when it seems like we will collide with our destination, the sailplane levels out and we glide down slowly, parallel with the ground, until I feel the earth meet the belly of the plane and  we come to a stop. The airplane dips one wing to the ground, as if to officially mark the end of the flight.

I thanked the pilot, paid my bill and headed back to San Fransisco.

And so it was, by way of New Haven, New Orleans, Hershey, PA and Calistoga, CA that I happened to stumble upon this sport called soaring. 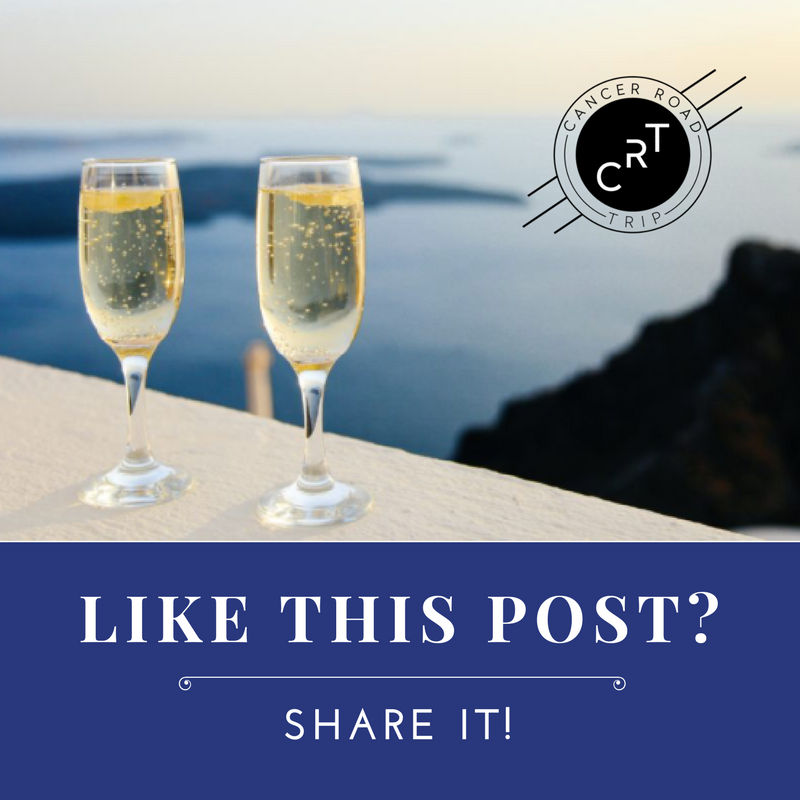