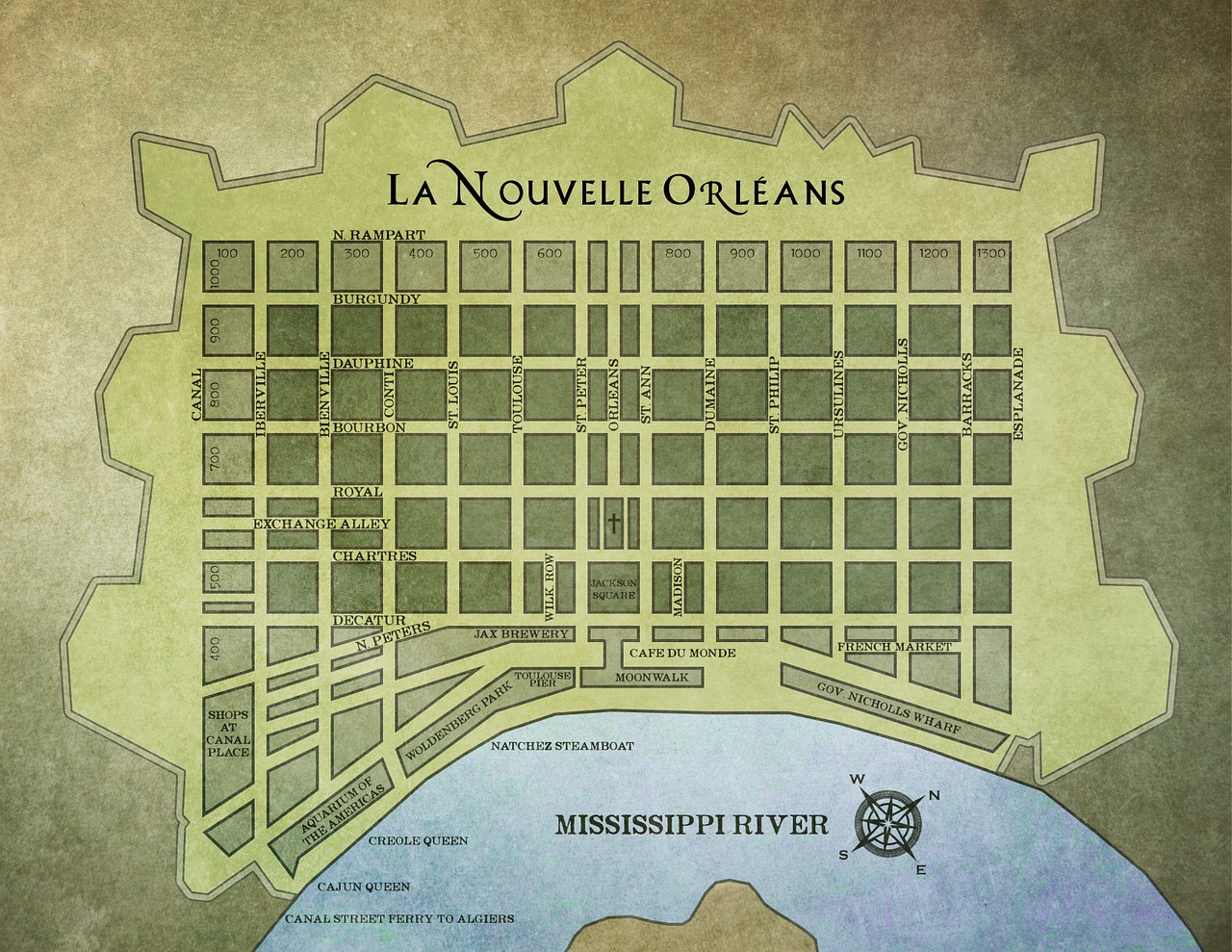 At the start of the year, Michael held onto his acquired aura of Yankee stoicism, a bulwark against this sensuous town. Years of WASP repression had sent his instincts for pleasure deep into hiding, and the New England spareness of his school days provided him cover. Here in New Orleans, he held onto these props of security.

Narcotic prescriptions were doled out only reluctantly. “Drug addicts,” he judged his patients’ pain without care.

“Just give them what they need,” Monsieur le Doctor told him.

Nights on call became a battle of wits and will, with Michael’s patients pitted against his prescriptive reticence, trying to crack his power over their pain. And somewhere amidst the eternal heat of the summer, the endless stream of sick and unhappy patients, and the constant strain of studying for the upcoming boards, Michael changed his mind, and prescriptions for narcotics started to flow easily.

The ring of the phone became an inconvenience to be dealt with, a pill to be administered. But slowly, anger seeped into the equation. Anger at the phone, the patients, at everything and at nothing. At times it became frightening to be around Michael and his emerging anger, always hidden but never far from the calm ivy league surface of Monsieur Henri’s star pupil.

The year unfolded. My classes were wonderful. In terms of architecture, I learned about Louisiana from the 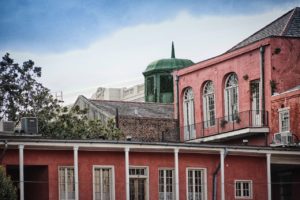 perspective of her buildings. I studied suburban and urban buildings; townhouses in the quarter and plantations in the country. The garden district houses and uptown showcases. By Christmas, I could walk through any part of town and rattle off the buildings, the ornamentation the architects and the dates. 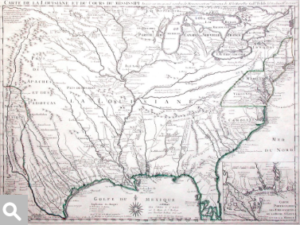 My other class was American cartography, but it was really about how Louisiana determined the geographic exploration and evolution of the U.S. Every facet of American cartography was examined from the perspective of the Gulf of Mexico. New England, that tiny collection of states on the morning weather map, barely warranted a mention. It was a most interesting perspective.

My eye was constantly on the map. Old maps in class, tv maps in the morning, maps of the future in my mind. Where to next? Anyplace north was my vote. Back to New Haven. Boston. Chicago. San Francisco.

The parades of Mardi Gras are at once magnificent and home made.

“Mister, Mister!” goes the call  of the crowd as the floats pass by. Beads are tossed and caught.

The weeks leading up to Lent are full of parades, king cakes, celebrations and preparations, big and small. After a day of 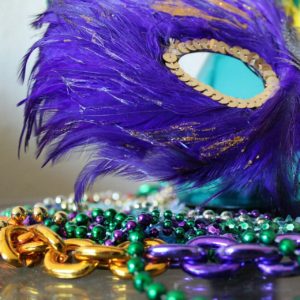 slicing  flesh and repairing spines, Henri would take us out for dinner at a restaurant along the parade route. Courses were ordered to accommodate the progression of the parade. So there might be oysters followed by bead throwing; a main course with a go cup for the wine; more beads; a cheese course;  more beads and desert. Followed by brandy and  cigars (for the gentlemen) amidst our catch of beads for the evening.

In addition were the endless parties that just seemed to keep coming. Friday nights out on the town were de rigeur throughout the year, as was the constant stream of food and drink. 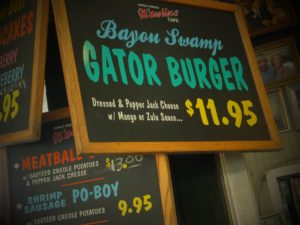 And the food! I grew up in a food oriented family. Our multi-month European travel safaris were marked by the restauants we visited. Now in New Orleans, I viewed the town by the food it offered. From simple burgers at Port O’ Call; cajun popcorn at the bar on the corner; spinach salad with fried oysters at Maison de Ville; and the piece de resistance, the bread pudding souflee with bourbon creme anglaise at Commander’s Palace.

All the food in New Orleans was good. The warm searing spices locked your attention to the matter at hand, the plate before you, and temporarily refocused your attention from the sweltering heat. How is it in such a hot climate, heavy, spicy dishes prevail?  The dark roux that binds the gumbos; red beans cooked slowly on Mondays, the historic wash days, served with streaming starchy rice; jambalaya; étouffée. The list goes on.

On a balcony overlook Royal Street, we sat pondering this Friday’s meal. From our second story perch I watched the 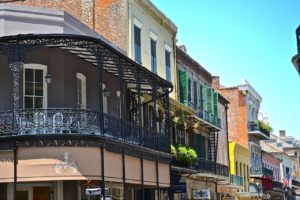 crowd. They laugh, go cups in hand, as they weave through the streets.

I turned my attention back to the menu and ordered Shrimp Remoulade, follow by blackened prime rib. Michael ordered his usual stew of steaming gumbo. I sipped my wine, Michael his scotch.  It was a pleasant night, the stars twinkled above and our future was ahead of us.

“I have an offer to go back to Yale,” Michael informed me.

“What do you think?” I asked diplomatically.

“I don’t know if I want to go back where I trained.” Michael brought his glass to his lips. The ice, his concession to the heat, jingled as he raised the glass. Never join a club that wants you was one of his key operating rules, but this was a club worth joining.

“I’d think about it. I miss New England,” I slowly built my case for anything north. “But I can understand how you fell about going back to Yale. Whatever happened to the offers from the private groups?” Private practice would pay considerably more than academic medicine and having seen the abusive hierarchy and byzantine power struggles of academia, the prosperous bliss of private practice seemed like the route of choice to me.

“For the lady.” Always the gentleman, Michael.

“How is school?” Michael changed the subject as I submerged myself  in the tangy, spicy cool shrimp on a warm night in New Orleans.

“Wonderful,” I replied in combination to his query and my food. And for that moment, I let the topic of the future drop. 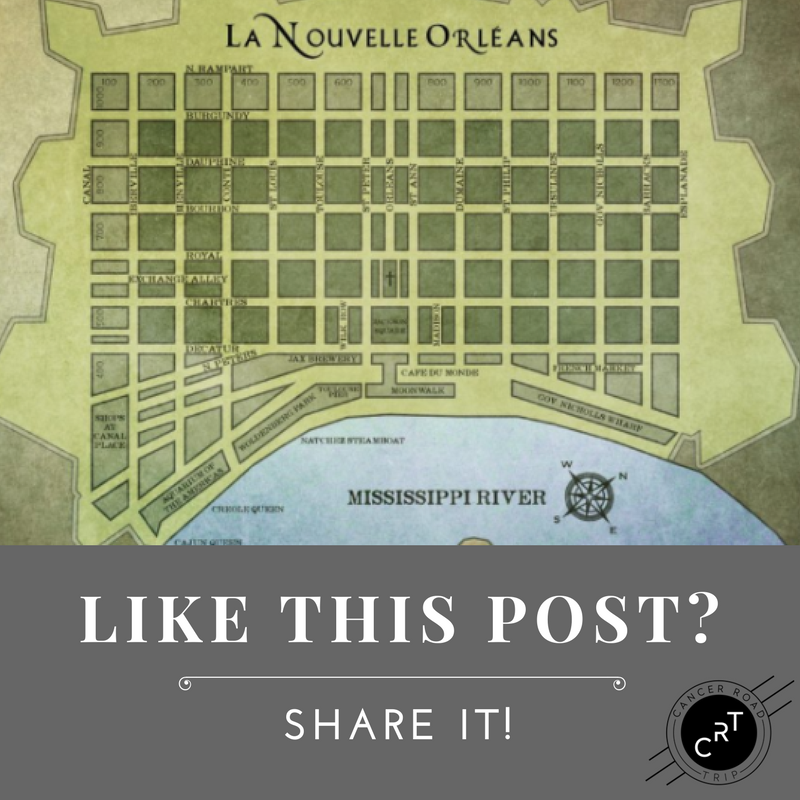