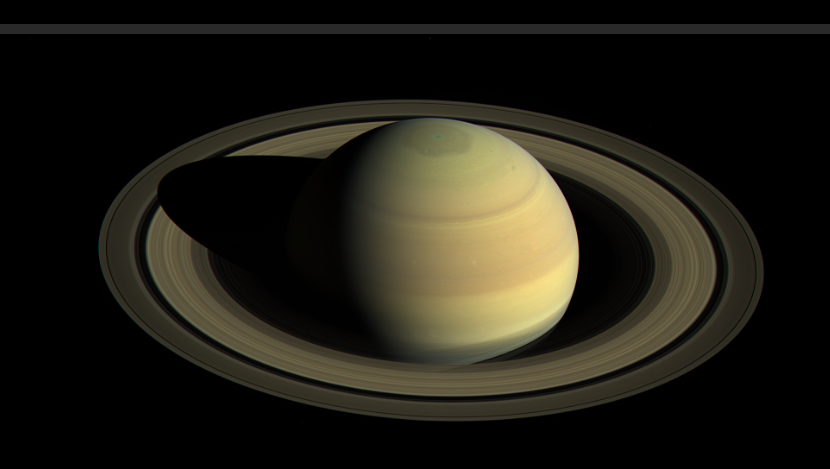 NASA was a mainstay of my youth. The Gemini Program. Apollo. #TheRightStuff. Walking on the moon.

And now, Space: The Final Frontier. (Music please.) And NASA is exploring it for our benefit.

I applied to be a part of the NASA social media outreach program which allows bloggers to attend some of their (amazing) events to help get word out about their missions, findings and plans. But never in a million years did I think I’d get invited to NASA’s #GrandFinale! #GrandFinale celebrates the end of Cassini’s 20 year expedition to Saturn which has generated information that fundamentally challenges our knowledge base about the universe around us.

In case you’re not up to speed on NASA’s Cassini and the exploration of Saturn, here’s a short overview:

Why does this matter? From NASA, here’s a nine point summary for how this impacts our perception of our world, here, now today and as we move forward:

#1 Potentially habitable ocean worlds exist even in the Saturn system — 10 times farther from the sun than Earth.

Saturn and her moons include elements that can support life including water and a heat source other than the sun. This is a stunning revelation that changes the way we think about life on other planets. Previously, it was thought that Enceladus (Saturn’s 6th largest moon) was too small to retain the heat needed to create liquid water. But with the discovery of intense geologic activity and the presence a global liquid water ocean, Enceladus is now one of the most promising places in our solar system to search for present-day life beyond Earth.

#2 Weather, climate and geology of other worlds lends insight into our understanding of the Earth.

Would you believe that Titan, Saturn’s largest moon, shares sand dunes, volcano mounds, flash floods and other earthy similarities with our own planet? How are these features formed? What about weather patterns? How are they similar or dissimilar from Earth? What can we learn from each?

#3 Cassini gives us a portal back into time, where we can watch the physical processes that formed our solar system.

The formation and destruction of the materials in Saturn’s rings lends insight into the physical formation of our universe. The study of complex carbon chemistry on Titan provides a look at Earth in its early development. In learning about other worlds, are we perhaps privy to a portal in time, to a time from our past, and perhaps to our future?

#4 The length of Cassini’s mission provided a long term look at weather patterns and other planetary trends and changes. 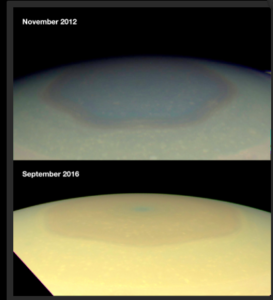 A twenty year mission, with thirteen of those years spent in close proximity to Saturn, provided unimaginable information into another planet and its eco-system. We learned that the changing colors in the northern hemisphere coincided with a seasonal shifting of the rings to the south (see photos to the left). Dunes around the equatorial region resemble those in Namibia and the Sahara. Seasonal variations  bring methane rainstorms, just as the American Southwest experiences its monsoon season. All this and so much more over thirteen years gave scientists an unimaginable collection of data to investigate, explore and understand.

From Phoebe which was most likely captured by Saturn’s gravitational pull from outer space, to the canyons of Dione, each orbiting moon is a world unto itself. While much exploration is still needed, the richness and diversity of Saturn’s moons is endlessly intriguing. Will any be capable of supporting life? Life as we might understand it?

#6 The complexity of Saturn’s rings is made more apparent, answering some questions and generating many more. 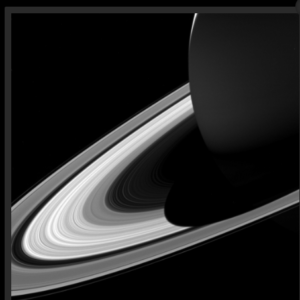 There are many ways that rings may form around a planet. Moons, moonlets, meteorites, ice particles lifted by electrostatic charges…Cassini has opened the door to any array of information previously unknown. In doing this, still more questions are raised.

#7 Luck and chance challenges NASA scientists to rethink their view of the solar system.

Many of the discoveries were serendipitous. The chance to observe the planet over a period of more than a decade allowed scientists to discover consistencies and  inconsistencies in the planet’s behavior. These raised new questions and opened the doors to new avenues of inquiry that no one had foreseen.

#8 A staggering achievement of technical complexity and human interaction. 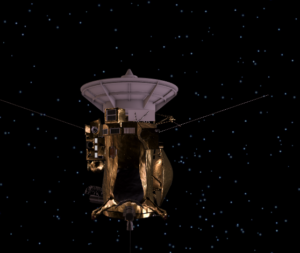 The Cassini mission is an international collaboration involving three space agencies, with 19 countries contributing hardware to the flight system. A project spanning nearly 20 years, Cassini stretched human creativity to discover new ways to use the flight’s existing engineering systems to explore Saturn and her moons. For example, radar was used to measure the depth of Titan’s seas. Instruments that were intended to sample Titan’s atmosphere did double duty as they were re-tasked to sample the plume of Enceladus. Creativity joined engineering to produce information on a new world.

“Wonder is the beginning of wisdom.” -Socrates 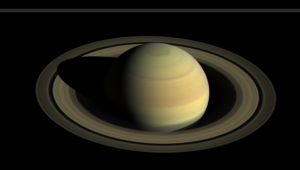 Saturn and her rings have long captured our earth bound imaginations. Curiosity and wonder, combined with technology and cooperation, have led to amazing new information about the worlds around us. May it lead us to wisdom as well.

The views and findings from Cassini are staggering. Visit the NASA site for much more information, and stay tuned for more articles, tweets, instagram and Facebook postings as September 14-15, 2017, date for the Cassini #GrandFinale, approaches. 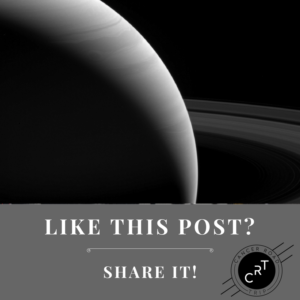