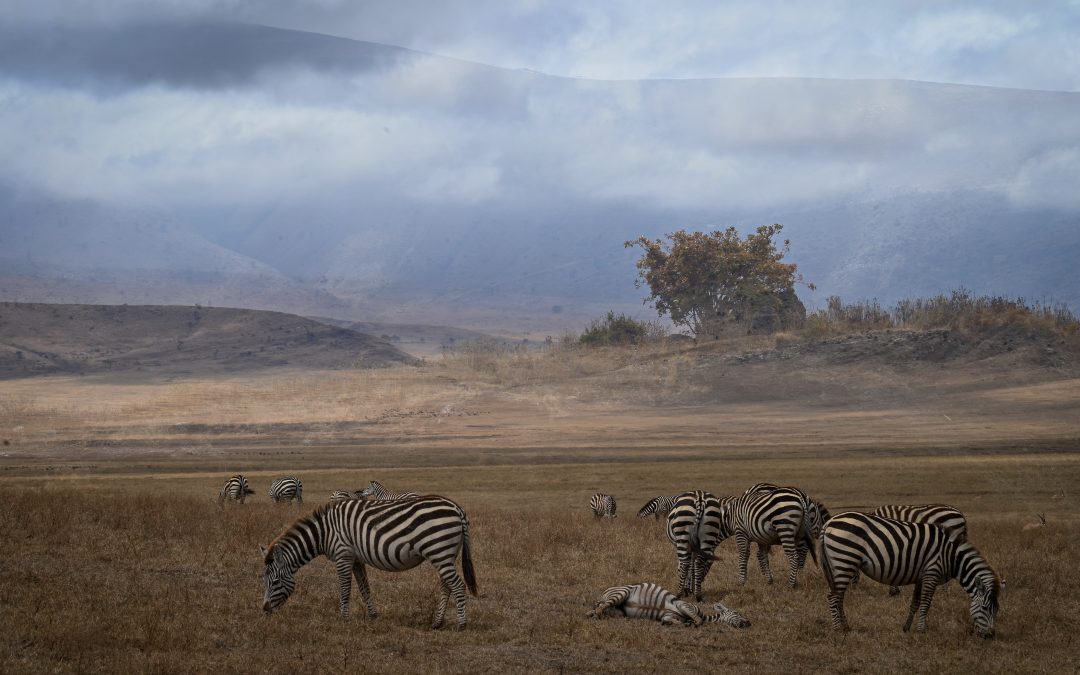 The sound of cowbells once filled the Ngorongoro Crater as Maasai herders wandered the fields. The very name Ngorongoro (Ngoro Ngoro) comes from the sound of the bells worn around the animal’s necks.

Sunset over the Ngorongoro Crater, from the Sopa Lodge 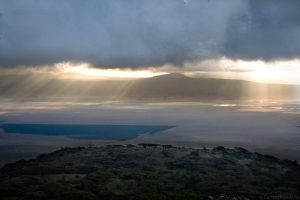 Sunlight over the Crater 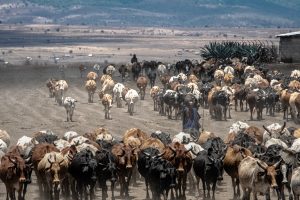 The Maasai once raised herds of cattle in the Ngorongoro Crater. The sounds of the bells (“Ngoro Ngoro”) around their necks provided the name of the crater. 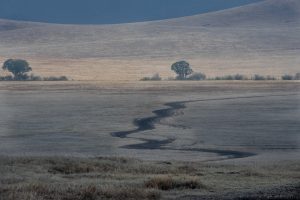 The winding dirt road into the Crater

Three access roads descend two thousand feet from the rim of the volcanic caldera to the floor. They are Seneto (which is for descent only); Lerai (ascent only although one is warned to beware of occasional descending vehicles) and Lemala, which offers both ascent and descent and is located near the Sopa Lodge on the eastern edge of the crater.

The relative isolation of the crater has its pluses and minuses. For the local lions, it’s allowed them to protect their territory, but years of inbreeding have impacted the genetic stock. For others it’s more of a sanctuary, away from the vast plains of the Serengeti to the west.

To descend into the crater, one first has to climb up to the rim. Rough, unpaved and rutted red clay roads twist and turn. There are no guardrails and there are mishaps. We were nearly one of the mishaps as we tried to pass some large trucks on a rainy night on the north side of the crater. Four wheel drive didn’t seem to engage in the deep, wet clay. The clay just absorbed the energy from the axle, and we gained no purchase.

And our running board, which had fallen off the safari vehicle was tied to the roof. It was longer than the roof was wide, and thus protruded beyond the frame, catching on one of the trucks as we attempted to pass. Everything came to a halt.

The rain came down harder. There was no clear definition to the road, other than the two thousand foot drop just outside the vehicle. And the massive truck against which we were stalled.

Welcome to the Crater.

In time, our able driver and guide Gift managed to pull us past the trucks in the road. We would learn that the road would later be closed as weather conditions worsened.

For forty minutes or so, we drove. Bouncing in the car, the intermittent rain cleared. And the Sopa Lodge appeared. 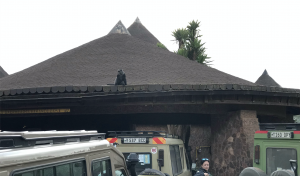 A monkey sits atop the roof, watching the guests arrive.

The location of the Sopa Lodge is nothing short of breathtaking. Huts are perched at the rim of the crater. Rooms have glassed in balconies with spectacular views. And the outdoor terrace overlooks it all. 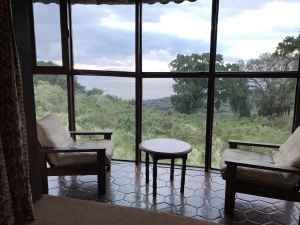 The view from a room at the Sopa Lodge 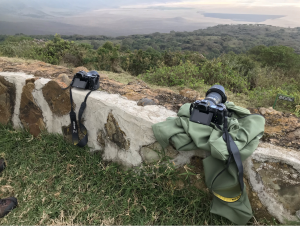 All set for photos from the Sopa Lodge Terrace

The Sopa is also something of a marvel of civilization in the middle of absolutely nowhere. Food is delivered and guests are fed, and hot water runs most hours. Yet there is nothing for hundreds of miles. Had time allowed, a tour of the infrastructure that made all this possible would have been fascinating.

Guests are escorted to their rooms at night. “Why?” I asked. My escort took his flashlight and shown it on a massive African buffalo just a few yards away, all but invisible in the dark. 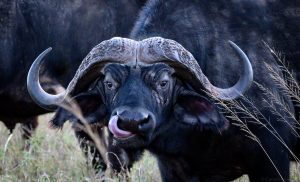 The buffalo merge with the dark of the jungle. Until of course, they choose to be noticed.

Into The Ngorongoro Crater

We descended into the Crater the next day at dawn.

In the early light, fog lay across the Crater.  It was a thick layer, obscuring the floor of the 2,000 foot descent ahead of us. What would we find? Rain? No light? There was no way to know.

We headed out to the Lemala access road, just outside the Sopa Lodge. The steep descent wound down mud paths. The fog muted the colors, intensifying their depth.

Access to the Crater is expensive. For each 24 hour period, there are entry permits, motor vehicle fees (based on weight) Crater service fees, film fees….what am I missing? This comes to something under  $1,000/day/vehicle depending on the number of occupants.

But it is so worthwhile! If I had it to do all over again, I’d spend more time here. The dramatic, sloping sides of the caldera; the wildlife; the near vertical ascent and descent. It’s all so wild, so Africa. and so utterly captivating. 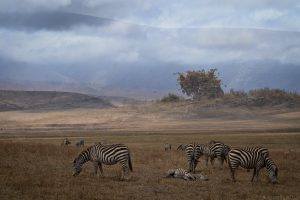 Grazing zebras against a stormy sky 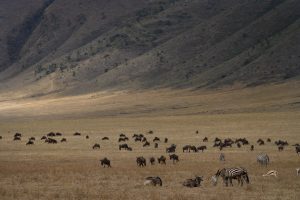 Vast herds of varied animals graze in the crater 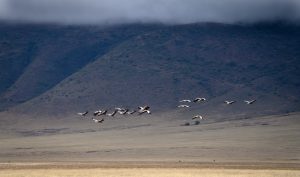 Above, a flock of birds 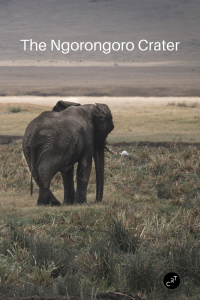 This post contains affiliate links and I will be compensated if you make a purchase after clicking on these links.</p style)