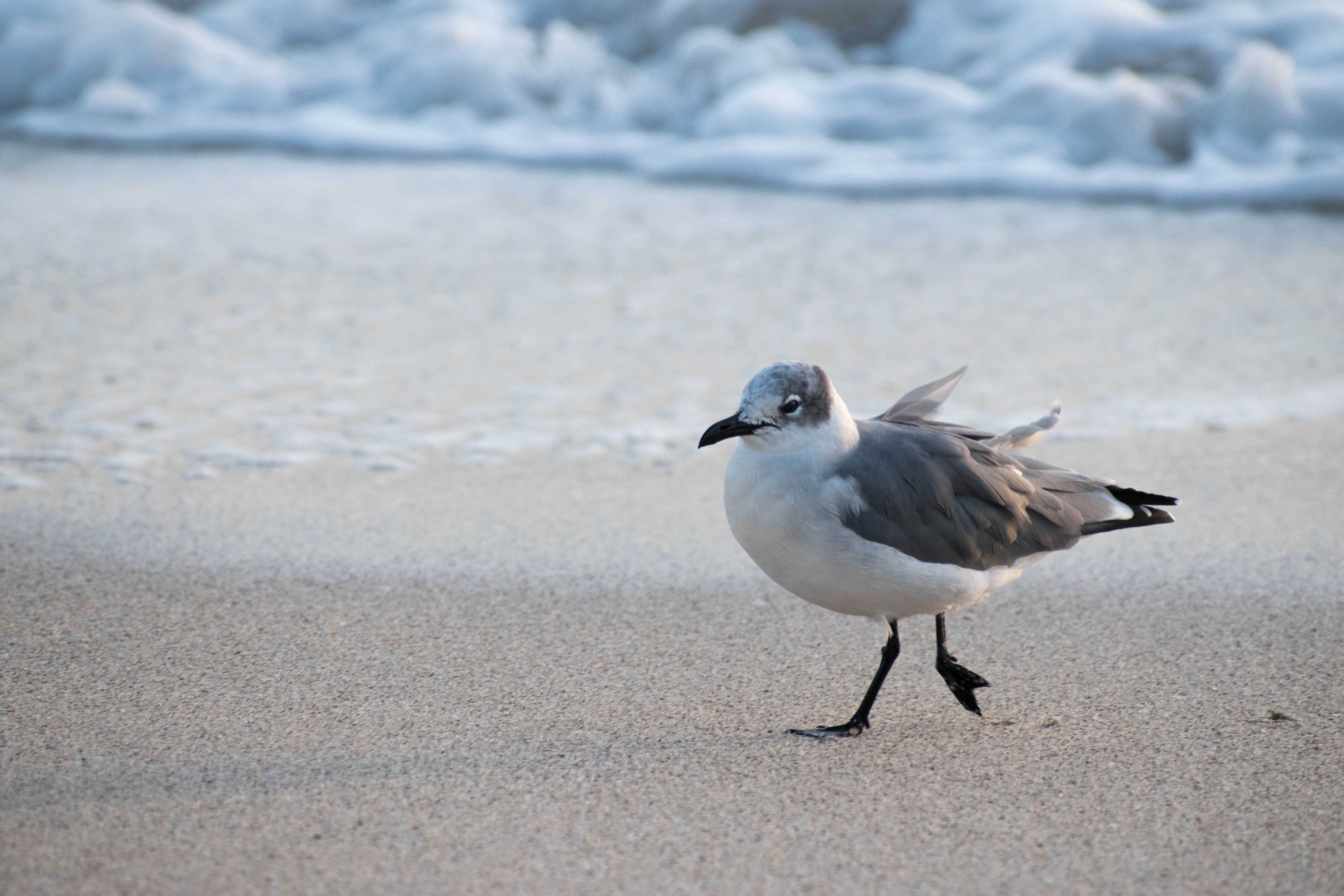 The last time I was in Ft. Lauderdale was in November of 1963. I know that because I remember the news accounts of Kennedy’s assassination. I was six years old.

In addition to the news of the day, I vividly remember three things from that trip.

One, my friend Becky from Texas would be at the hotel with her family and I looked forward to reconnecting with her. We’d met the previous year, same time, same place.

Secondly I recall endless beach; and thirdly, the sound of endless ocean.

The room, which was high above the beach, had a wall of sliding doors that opened to a balcony and looked out over the ocean. Night and day, the sound of the surf played against the sand. By day, there were sand castles to be built. By night the magical florescence of the waves breaking in moonlight danced upon the beach.

That would be my last trip to Florida for many years. Fast forward to 2017, and I’m visiting Ft. Lauderdale again.

My impressions as an adult are different, as is the town. But one thing is consistent through time: the amazing, endless beach. The Sonesta in Ft. Lauderdale stands somewhat alone on a long stretch of beach. It’s across the street from both the Hugh Taylor Birch State Park and the water. 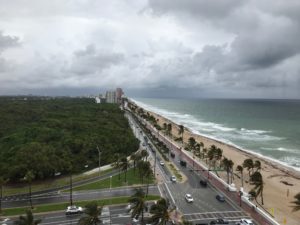 View of Hugh Taylor Birch State Park and Ft. Lauderdale Beach from my room at the Sonesta as an afternoon shower passes

Click here for a photo gallery of pictures from this magnificent beach!

Ft. Lauderdale is rather developed these days which is why this stretch of uninhabited beachfront is so special. Hugh Taylor was a Chicago attorney in 1893. Like many others, he was lured to Florida by the climate and in his case, a chance for privacy. He amassed 3.5 miles of beach front property at a cost of about a dollar per acre, which was later donated to the city as a public park. Thus this amazing expanse of beachside land exists in the middle of downtown Ft. Lauderdale. And the The Sonesta sits at the edge of this expanse, with extensive beachfront between the hotel and any other resort.

Ft. Lauderdale offers so many things. In under two days, here’s what I managed to see and do:

Nesting turtles and sanderlings call this beach home and at dawn the birds are always about, searching for food and dodging the waves. Sanderlings are migrant birds, living and breeding in cold climates such as the arctic, and flying thousands of miles south for the winter.

Sanderlings are abundant on the Ft. Lauderdale beach. And they’re adorable. Just for fun, I put together a slide show of sanderling photos.

Click here to see more of these adorable birds. 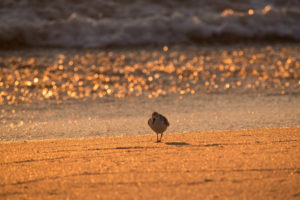 Sanderling at dawn on the Ft. Lauderdale beach.

In addition to birds, Florida is a Mecca for nesting sea turtles. Sea turtles travel hundreds and even thousands of miles to nest. And the Florida beaches of Brevard, Indian River, St. Lucie, Martin and Palm Beach counties attract over 100,000 turtles each year. 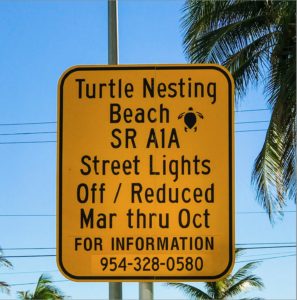 Signs alert people to the nesting sea turtles along the Ft. Lauderdale beach.

As a result, great courtesy is given to the nesting turtles. Lights are dimmed and the beach is kept as dark as possible to encourage nesting.

For humans, Ft. Lauderdale offers numerous amusements, ranging from shopping to restaurants. Sunny.org –The Greater Ft. Lauderdale Convention and Visitors Bureau- is a good place for starting your travel plans to Ft. Lauderdale.

With less than two days to explore, here are some of the highlights I enjoyed:

Water Taxis and Traveling the Canals

Ft. Lauderdale is called the Venice of Florida for good reason. The Intercoastal Waterway provides water based access to homes, businesses and boats. Water taxis stop at regular intervals allowing tourists (and locals!) to navigate the town via the water. 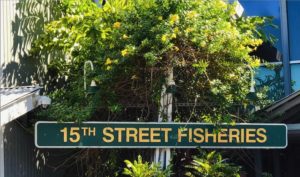 One of the many dockside restaurants easily accessed by water taxi.

Florida is also known as  the “Yachting Capital of the World” and a short hop on the water taxi  took me by the setup for upcoming Ft. Lauderdale International Boat Show (held this year from Nov 1- Nov 5, 2017). This event is simply amazing and it generates millions of dollars in revenue for the city.

It is said that you need to provide a net worth statement to get on some of the boats. I think I’ll just enjoy from afar! 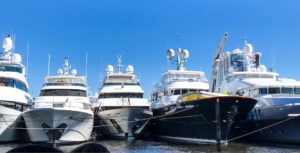 Yachts line the Intercoastal waterway in preparation for the Ft. Lauderdale boat show.

The other waterway worth exploring is the Everglades. It’s about an hour’s drive from Ft. Lauderdale. Commercial tours are readily available from a number of lauch points. But ours was having some mechanical problems. So a good samaratin, David came to the rescue and offered an airboat ride into the waters of the park. Thank you David! 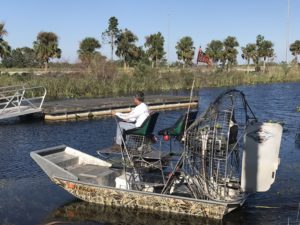 David, a Good Samaritan with an air boat, stepped in and saved the day when the tour boat had problems.

The everglades are breathtaking in their scope. Early Spanish explorers named the area Laguna del Espiritu Santo (Lake of the Holy Spirit). It remained unexplored for decades. In 1773, British surveyor de Brahm who mapped the coast, called the area “River Glades” which in time became Everglades. 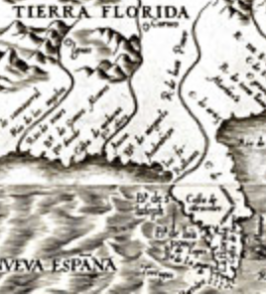 And the Everglades go on for ever and ever. The water is home to migrating birds, alligators and much more. 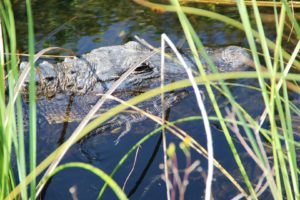 Photo by Aldric RIVAT on Unsplash

A visit to the Everglades really needs to be on your Ft. Lauderdale agenda. If you can, arrange it late in October when the migrating birds fill the marsh. For the photo buffs in the audience, this would be an amazing oportunity.

What’s Florida without flamingos? They’re fascinating birds and I was grateful to get a chance to take some pictures! 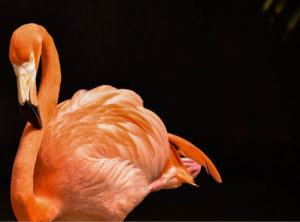 The color of the birds feathers is actually dependent on their diet. As a result one sees flamingos ranging from pale pink to coral colored. They’re actually born gray. Their diet of blue-green algae contains a natural pink dye called canthaxanthin that changes the color of their plumage.

I found myself needing both a sweater and an unexpected new suitcase. The sweater need was easily filled by the nearby Galleria, just up the street. And I want to send my special thanks to Lee at Freeman’s Luggage who found a wonderful Briggs & Riley suitcase on sale for me. I cannot say enough kind things about this local store and the people who run it. Check them out if you need anything luggage oriented during your St. Lauderdale stay.

Dining wise there is something for everyone. After getting up at sunrise to capture some pictures, breakfast at the Sonesta was welcomed! A combination of buffet and cooked to order dishes were available. 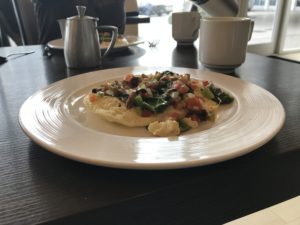 Made to order breakfast at the Ft. Lauderdale Sonesta

At night, various restaurants provided great fish (and other dishes as well!). With an easy emphasis on freshness, a healthy diet on the road in Ft. Lauderdale wasn’t difficult. And there is no shortage of dining options in Ft. Lauderdale! 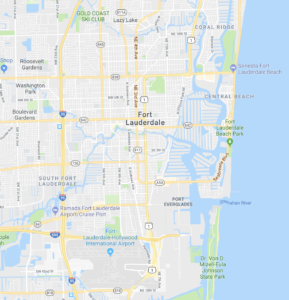 The airport, Port Everglades and the Sonesta are all within easy reach of each other.

Got a cruise on the mind? Port Everglades Cruise Terminal is the third largest cruise terminal in the world and easily accessible from Fort Lauderdale. The airport is just minutes away, making a fly-and-cruise vacation very doable. I’d suggest coming in a day early. If your flight is delayed, the cruise ship won’t wait for you!

The fall into winter is really spectacular. Here’s some weather information on Ft. Lauderdale:

Flights can also be very reasonable. I was able to get a last minute flight out of the area for about $100. This rate will naturally vary depending upon a number of variables, including the type of ticket and time of year. But with easy, affordable flights and great weather, you might want to think Ft. Lauderdale when you need a bit of winter sun! 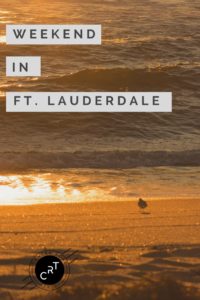 All my thanks to the Ft. Lauderdale Sonesta who put us up for two nights. It’s a wonderful place, with unbelievable floor to ceiling views of endless beach. Also thank you to Hello Sunny!–the Greater Ft. Lauderdale Convention and Visitors Bureau–for their warm welcome and assistance. Be sure to put them on your list of resources for planning your Ft. Lauderdale getaway!