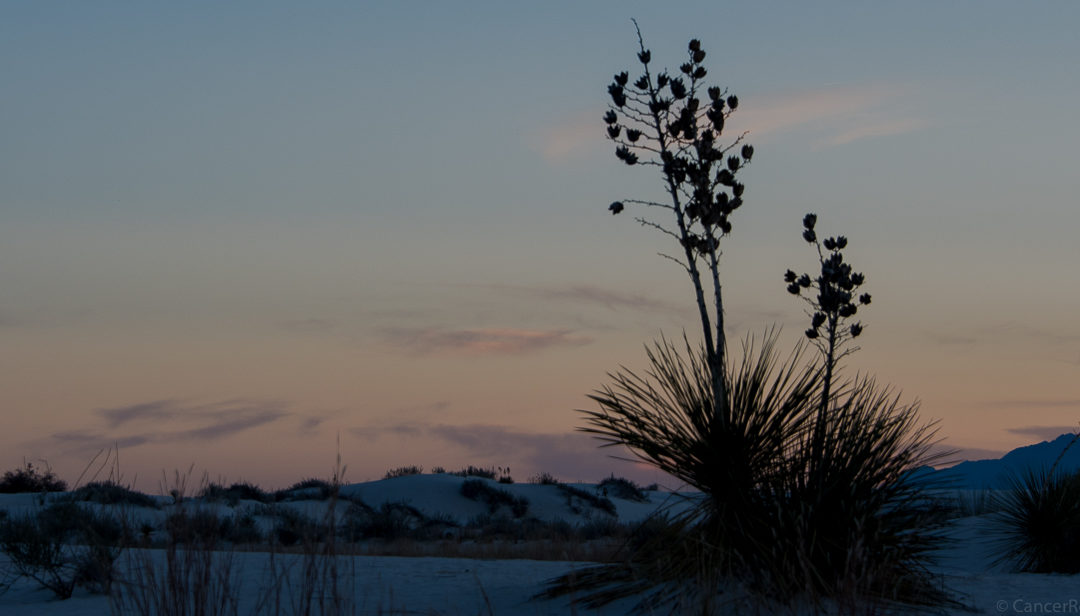 From Carrizozo, it is off to White Sands and then to the quaint town of Mesilla, just west of Las Cruces. 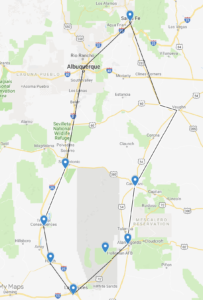 My route for a southern New Mexico Road Trip

White Sands is the largest gypsum sand dune area in the world. Two hundred and seventy five square miles of endless pure white powder, mounded into shifting dunes. Here are just a few photos from dawn to dusk at this remarkable site. Check out the Photo Gallery for much more on White Sands.

Hurricane Willa is working its way across the region. That means rain, rain and more rain. “Frog strangler rain storms”, as they say in Texas. The rain started just as we were departing White Sands, and it never stopped. Torrential downpours paused intermittently only to continue with a renewed vengeance. It would be a wet day.

And what better way to spend a rainy afternoon than investigating Mesilla and some of its haunts.

The Village of Mesilla was incorporated in 1848 when the Treaty of Guadalupe Hidalgo moved the border south, placing Mesilla firmly in the U. S. In 1853, after some years of dispute, the Gadsden Purchase finally and officially made Mesilla part of the U. S.

Mesilla has always been a western town, known for its festivals and attracting a few outlaws like Billy the Kid, Pancho Villa and Pat Garrett. By 1881, it had become the most important city in the region and it was assumed that the Santa Fe railway would go through the town.

Mesilla demanded too high a price, and a rancher from Las Cruces, a much smaller village at the time, won the bid. And the rest, as they say, is history.

Nevertheless, Mesilla was declared a National Historic Landmark in 1961.

Like most Spanish towns, Mesilla is organized around a Plaza. There is a church at one end, a green area where people can gather, and the plaza is ringed by adobe buildings sheltering stores and restaurants. It is a delightful village, with the surrounding fields planted with cotton and pecan. Shops carry a range of things, from Ken Edwards pottery to leather items and clothes.

Mesilla is located along the Rio Grande, and with the water from the river and the periodic rains, the immediate countryside is quite lush. Which was quite unexpected in the middle of the southern New Mexico desert.

On this day, rain made picture taking nearly impossible, so a quest for a respite from the rain led to the bar at La Posta de Mesilla.

La Posta de Mesilla is an integral part of the history of this National Register town. This territorial style adobe building started life as the Corn Exchange Hotel. It was a critical stop on the mail route to California.

The route took 25 dangerous days to cross the country. Weather, distance (2,795 miles)  and Indian raids made it a grueling trip. A writer for the New York Herald said of the trip:

“Had I not just come out over the route, I would be perfectly willing to go back, but I now know what Hell is like. I’ve just had 24 days of it.”

Needless to say, the route was not for the faint of heart. So arrival at Mesilla, complete with blacksmith and food for all, was a most welcome respite.

The building today is comprised of numerous rooms, each with its own history. But it wasn’t the history of the bar that beckoned on this blustery, rainy day, but the 100 tequilas and a bartender most adept at mixing them appropriately. 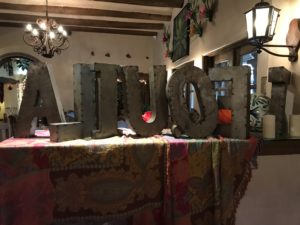 When you can no longer decipher the letters, your tequila is cut off!

So it was, nestled in a dry bar, with a friendly bartender and an absolutely perfect margarita, a rainy afternoon was passed. 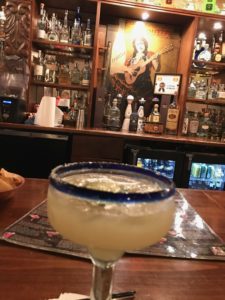 The solution to an afternoon of torrential downpours.

Dinner was at the Double Eagle de Mesilla. This place is out of a movie set, with a story to match. 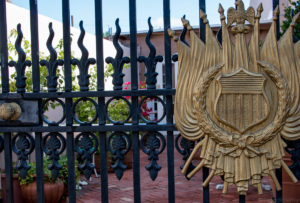 The entry to the Double Eagle, Mesilla, NM

First, as you enter, there is the Imperial bar.

It’s a 30 foot hand-carved bar, “supported” by four gold leafed columns. The foot rail was originally from the Billy the Kid Saloon (now the Billy the Kid Giftshop, where in 1881, Billy the Kid stood trial for the assassination of Sheriff William Brady. He was found guilty but the hanging never occurred; Billy escaped to live a bit longer, rustling cattle and generally creating a bit of havoc until his death later that year.) 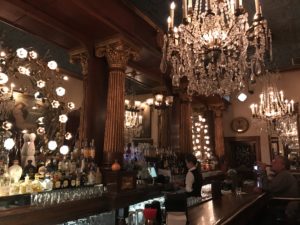 The bar is certainly eclectic. Renaissance paintings hang on the walls. A Louis XV style mirror, French Baccarat chandeliers and a tin ceiling create a most atmosphere for just hanging out.

But even more fascinating than the Imperial Bar is the story behind the Double Eagle itself. It makes Romeo and Juliet look like a childs play.

From the Double Eagle website (you can read the complete story here):

The first owner of the house that is now the Double Eagle Restaurant, was the Maes family.

The family was in the import-export business. .. From the grand size of the house the Maes family built, one can see the family had big plans for the future–especially the mother.

…Her grand plans centered around her eldest son, a teenager named Armando…

Such a big house required many servants. One of the servants was a teenage girl named Inez, who is said to have been very beautiful, with long black hair reaching her waist. Armando fell in love…

Armando confessed his love for Inez, but the Senora refused to listen…Then, one day, the Senora returned early from a trip…she found beautiful Inez — in Armando’s arms.

Enraged , the Senora plunged her shears into Inez’s breast. Armando rushed to shield his beloved Inez. The Senora, unseeing, drove the shears into her own son’s back…Armando never regained consciousness and died three days later.

Armando’s former bedroom is now the Carlotta Salon and it is here that the young ghosts break wine glasses, move tables, and generally create a bit of kind, ghostly havoc. If you’d like to read more about some of the ghosts at the Double Eagle, check out this ghostly list at the bottom of the page!

Dinner was munchies at the bar, which included a Chile Relleno in tempura batter. After Carrizozo, I am on a chile relleno quest. But so far, there is no competition with the 4 Winds.

Next: Mesilla to Socorro via Hatch, Truth or Consequences and Bosque del Apache

The next leg of this three day trip heads back north, with brief stops along the way. Post to follow shortly!

My route for a southern New Mexico Road Trip 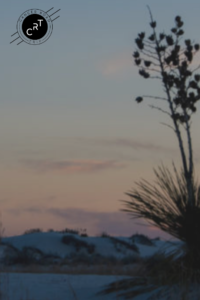